Name: Jodie Hadley
Age: 17
Role: Production Manager
Interests
My interests include going to festivals, listening to rock music and spending time with Friends.
Future aspirations
My long term dream is to be working as production manager on big budget productions. However I want to work my way up in the industry and gain as much experience as I can.
Previous Work
I have worked on a number of creative productions in the past two years and have taken on a variety of different roles including: Production Manager, Director, Camera etc.
Here is the link to my 2013-2014 showreel
http://www.youtube.com/watch?v=C7G7L2hhCko
What I hope to get out of Malta
I hope to learn as much as I can from this opportunity, in terms of my skills I want to build on my communication and organisational skills, but I am also excited to experience the culture. 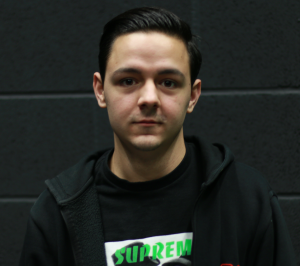 Name: Connor Hickey
Age: 18
Role: Director
Interests
I enjoy going out socially with friends, and am a big fan of film so regularly watching cinema showing. I train at a Muay Thai gym in my spare time to keep fit.
Future aspirations
In the future, I wish to become a documentary filmmaker, and I really admire the work of Vice magazine, so always think that’s where I’d like to be in a few years. As a massive film buff, I eventually plan to move in to feature film. I have a conditional offer at Ravensbourne College of design and communication, for an intensive two-year course that will help me hone my filmmaking skills.
Previous work
I currently work alongside Birmingham based urban media broadcaster p110 media directing music videos. I have on-going work with Birmingham’s credit union, Citysave, creating several pieces exploring the world of payday lending, a national issue at the moment. Aside from clients, I enjoy working on my own scripts to further develop in to short films, as well as currently in the early stages of some documentary ideas.
What I hope to get out of Malta
I am looking forward to experiencing the new Culture of Malta and seeing some of the beautiful sights I have often heard of, as well as visiting some of the sights that film and series dramas have filmed at previously. I wish to create a great product and form strong, life-long partners from this trip Name: Luke James
Age: 17
Role: Production Manager
Interests
In my free time I am an avid reader and am currently reading the Game Of Thrones series. I also enjoy playing the guitar and running.
Future Aspirations
Eventually I hope to create my own television production company, creating quality content of all genres.
Previous Work
I have worked on a large number of productions during my career in the media industry, such as: coverage of the Free Radio Live Concert, featuring acts such as Olly Murs, James Arthur and Conor Maynard. I have also helped produce a short horror film about a killer clown as well as a cinema advert for Birmingham Ormiston Academy.
What I Hope To Gain From Malta
Going to Malta will be an incredible opportunity to completely immerse myself in another Country’s culture and gain an insight into how other people live. My goal is to leave Malta having created a product that is worthy of the Country. Name: Eleanor Jordan
Age: 18
Role: Researcher
Interests
My interests include playing and watching football, socializing and keeping up with the latest trends
Future Aspirations
In the future I hope to be managing my own events company or working within marketing and PR. I would especially love to work on live events as I like to see all of my work come together and payoff for a successful outcome.
Previous Work
My previous experience includes helping to manage events such as Free Radio Live: a gig hosting 9 big artists to over 15,000 people. Within my course at BOA I have also completed music videos, single and multi-camera productions and advertisements.
What I Hope To Get Out Of Malta
From the MarBOA project I hope to expand on my industry experience and build on my knowledge of foreign countries. I hope to embrace maltese culture, history and lifestyles and participate and observe in new opportunities. Throughout the two weeks I also hope to make international links leading to long term friends and business associates.

Name: Laythan Jones
Age: 18
Role: Editor/ Primary Camera Operator
Interests
My interests are expanding my knowledge, listening to various genres of music, exercising and watching documentary.
Future aspirations
Short term in the future I hope to travel around the world filming and creating various productions for clients. Long term I hope to have a brand and a business were I will employ people in specialist areas and produce different creations on a larger scale
Previous work
http://www.youtube.com/watch?v=AOMv7-ckK9M
This is a video that I partly filmed and edited for free radio live, giving an insight of backstage at Free Radio Live 2013.
http://www.youtube.com/watch?v=FZkpA_lHbWE
Promo video of motion house’s dance production, which I edited and partly filmed
http://www.youtube.com/watch?v=_DAqyCRsb7U
This was a production that Luke and myself created, investigating youth unemployment.
What I hope to get out of Malta
I hope to learn more about the Maltese culture and lifestyles. During my time in Malta I will hopefully make international connections/associates/friends, which I will hope to stay in contact with and build long-term relationships. 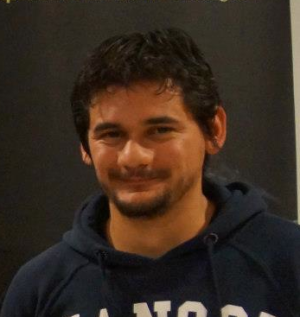 Name: Noel Abdilla
Age: 26
Role: Student and Driver in Malta
Interests
I really enjoy going out with friends, play games, watch films and TV series. I spend a lot of time listening to music, any genre really except country. And also I love history and technology.
Future aspirations
Since I already work in the TV industry, in the future I would like to explore more areas in connection with live TV shows like audio, graphic content and maybe even create title sequences. Apart from that in my free time I wish I can spend more energy in developing games.
Previous Work
Currently I work with the PBS in Malta as a freelance graphic operator. Also I’ve been a cameramen with NET TV for 3 years filming studio live programmes and also live events using an OB-unit. On a more computer related area, together with some friends we took part in 2 Game Development Challenges and 1 Global Gam Jam and managed to develop three games in a relatively short time.

Friend or Foe (developed in 48hrs – GGJ)
http://friendorfoe.tk
http://globalgamejam.org/2014/games/friend-or-foe-0
(Unfortunately doesn’t work 100% online since it was developed as a Local Co-Op game)
What I hope to get out of this experience
I hope to first of all make new connections abroad but also learn new ways of how I can promote any experience I wish to share with other people being small things like TV programme graphics to game development. Also this whole experience of promoting Malta to foreigners will help me rediscover some gems that we sometimes take for granted since we live
here everyday.

Name: Kenneth Camilleri
Age: 22
Role: Researcher
Interests
Game design and programming (Unity / ActionScript / Java), 3D modelling, drawing digital cartoon art/animation, composing music in FL Studio 9, writing stories, creative innovation
Future aspirations
I aim to accumulate more experience in the work place before looking to produce indie games in spare time, and work in game companies. In addition, pitching my own cartoon series has been my dream for a long time.
Previous work
– Worked in a team in the St. Martin’s Game Jam 2013 to produce “Robot Heaven” in Unity.
– “The Historian”, an amateur game created for the St. Martin’s Game Dev Challenge 2013 using Unity. http://gamedev.stmartins.edu/gdc4/historian/web/The%20Historian.html
– Worked in a team in the Global Game Jam 2014 to produce “Home Putrid Home” in Unity.
– Several works in Flash in ActionScript 2.0 and ActionScript 3.0, mostly mini-games and attempts at bigger games
– History of drawing cartoon characters since 15 years of age
– Understanding of video editing using Sony Vegas 9 as a result of fooling around in Garry’s Mod.
What I hope to get out of Malta
Throughout these two weeks, I aim to learn as much as possible about my home country and expand my experience in shooting films by spectating and learning. For the longer term, I feel committed to contribute as much as possible to the growing games industry in Malta, which is being invested in locally to quite a noticeable extent.