This is our production diary for the Mobility Malta project.

The first thing we did was assign roles: First and for-most everyone is on research and pre-production. This will allow us to pool our research and ideas together in the beginning.

George and Robin are on camera operating for the majority of production, Rosie expressed interest in doing some of the camera work too. Rosie, Laura and Shaquille are head of the production side of things, making sure that we have ideas and a basic location plan of where we are going to film at. Shaquille is production manager, Laura is head researcher and Rosie is the director for the project.

We have the majority of our research completed as of the 20th of october, with the last bits being completed and added to the blog in the last meeting today before we go.

Today was our first day in Malta. We arrived at about 11 am local time and got to the accommodation about 30 minutes later. The island is fairly small and it didn’t take us long to get acquainted with Paceville, the main town in which we are staying. We were all given the morning and afternoon to explore the local town and find all the shops and places we wanted to visit in our spare time.

In the evening we got to meet the students from St. Martins that we will be working with. The meeting was a great chance to not only introduce ourselves but also find out what skills people have and even network with them. The students were great and I think we are all looking forward to be able to work with them.

On our second day we had a series of lectures at the St Matins academy. The first lecture was all about how media is distributed and how the audience responds to it and how they are affected by it. It was something we had already learned at BOA during our first year but the Maltese students we are working with might not have all been familiar with the techniques and theories that we all discussed, so it will be very good especially in helping them understand just a little bit more how we work and use these theories in practice (mainly during pre-production). We also had a lecture about the trans-media/cross media experience and how it works in favour of promoting certain media types through multiple platforms. We were given an example of transmedia experiences at the start which was the reveal of the Dark Knight movie. The experience started with the Joker character asking people to come dressed in Joker face paint to Comic-con and await further instructions. They were given a set of co-ordinates that led them on a scavenger hunt to find a teaser trailer and a website that allowed them to start unscrambling images of the Joker in the film. All of this and much more of the marketing campaign allowed the fans to believe that they were a part of the experience. The took part in the build up to the opening scene of the film (the bank raid).

This was a great example of getting the fans to feel involved, not only being great marketing but also creating a happy and healthy fan base that was giving them feedback and support throughout the experience.

The trans-media and cross media experiences are ones that are experienced across multiple platforms. This allows marketing companies to have multiple potential streams of revenue, or a developer to create a much more interactive experience that reaches out to a much larger audience. The difference between a cross media and trans-media experience is that cross media is geared more towards profit whilst trans-media experience is much more about the story experience for the fans. Trans-media allows fans to see a website that gives them a clue to a secret location in the real world, which contains a box of more clues that leads them to download an app which gives them the link to some extra story information a trailer for a new film. Along the way fans will find new bits and snippets of backstory for characters and events that will increase the overall interactivity when it comes to the film experience.

Trans-media also links our social media together, allowing you to engage and create your own little experiences and get your friends involved too.

I found the lectures very helpful, especially the transmedia and storytelling elements that they introduced us too. We have since been able to start incorporating these elements into our projects. These lectures will be very useful for us all, not only during this project but also in future projects and ideas that follow. We can incorporate these elements into almost any idea and it will enhance the overall product greatly. 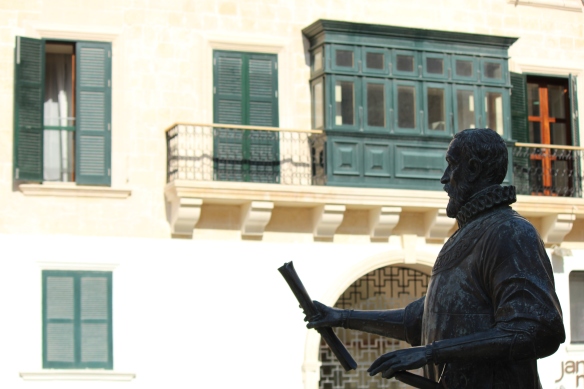 Days 3 and 4 were mainly about touring the island and finding out about the history and culture that it has to offer to us, not only for our own consumption but also for our projects benefit too. We started in the city of Valletta, where we learned about the knights of St. John and their presence on the island. We learned about the great siege of Malta, the various grand masters of the order and the islands experiences during the 2nd world war. These were all very interesting stories to come out of the island and it was very nice to hear them and see all the beautiful landmarks and vista’s the city had to offer.

On the second day we split of into our two groups and went to the north and south sides of the islands respectively, mainly for location scouting but also to see if we could generate any more ideas. We found a lot of views that would make great insert shots for the final product.

We went back to our accommodation to discuss ideas and come up with a plan of locations for filming our idea.

These 2 days were great to experience the wealth of culture that Malta has to offer. The natural and architectural beauty of the island and the history surrounding it all is fascinating and it gave us a lot to fuel our ideas. 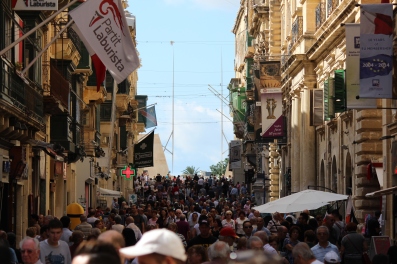 On day 5 we went to Gozo, the sister island of Malta. We went to the castles which gave us a view for miles. We also tried out some the local food that they had to offer. We lastly went to the beach, specifically the Azure Window which gave us a beautiful view of the sunset. The day was great to experience just a little more the experience that is Malta.

We spent the morning and afternoon travelling around Gozo again, seeing more of the sights. We also stopped at a local seafood restaurant which was another great chance to dabble in some more of the local culture. In the evening a lot of the English and Maltese students got together for the evening which was another great chance to get to know them more and get more comfortable with them.

Sunday: Sunday was our day off. A lot of us had a much needed lie in to keep ourselves refreshed for the coming week. In the day we also got some more of our work done to make sure we weren’t rushing about on the monday morning.

On the monday we finished of our final bits of pre-production (call sheets, location recce’s, production schedule) before the Maltese students arrived. Our group are planning to film at Golden Sands and Mdina today and on tuesday we will film at the airport, Valletta, Marsaxlokk and Portomaso. In the morning we were held back by the rain which meant we had to push one of the location shoots back to Tuesday, but this did give us more time to group up and finalise our schedules and finish everything off. On the Monday we filmed mainly in Mdina as their were a lot of locations within the walled city that were of interest to us. We then went to Golden sands in the evening to film the sunset and the hotel room seen.

On tuesday we started in Hastings in Valletta, using some of the statues and mausoleums as the centre of several shots. We also went to some of the vistas available from the top of the walls, looking down on some of the surrounding towns and oceans. From this point we split of into 2 groups so we could get more work done faster. 1 half went back to our accommodation and started to log the shots we had and finish of any bits of pre-production work we had remaining to do. The other half went of to continue filming, going to Birgu and Portomaso.

8:45am – Rosie, George, Shaquille, Oleksandr and Jurgen went to Malta’s airport to film the opening scene for our short film whilst Robin, Laura and Jeremy logged shots for the edit that they had captured. The shoot at the airport went smoothly  as the staff were willing to let us film without any complications what so ever.

We were joined by our tour guide Matthew who did a superb job as well as Oleksandr with the acting. A problem we faced was using a taxi, we were charged 30 Euros to use the taxi after negotiation but on the plus side the taxi owner was respectful and we were not rushed, this allowed us to take our time in-order to get the best shots as possible.

At around 11am we arrived at Marsaxlokk, the weather conditions had changed and the environment at Marsaxlokk was very misty. This problem meant we would be unable to film the shot that we wanted. As a part of our contingency plan we will use an additional shot that we filmed in Birrgu.

On wednesday we started to edit the footage we already had. George and Rosie went to the airport in the morning